I occasionally take Ben up to the forest around Aberfoyle for a walk, there are lots of trails and you can walk as short or as long as you like. Today, I added in Doon Hill- the hill of the fairies- to the walk..... 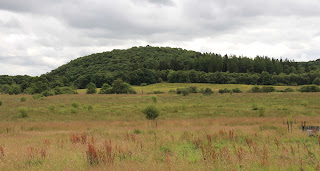 At the top, there is a pine tree which is supposed to contain the spirit of a local Minister, the Rev. Robert Kirk, who is buried in the old churchyard in the village. In 1691, he wrote a book about elves and fairies. A year after the book was published, he died while walking on Doon Hill. After his funeral, he apparently appeared to relatives to tell them that he was in the land of the fairies and gave them instructions for his releaser. However, his wishes were not carried out and some believe that his spirit remains in the Scots pine at the top of the hill. It is said that if you tie a message to the tree then the fairies will read it and make your wish come true.
There must be a lot of folk who believe in fairies..... 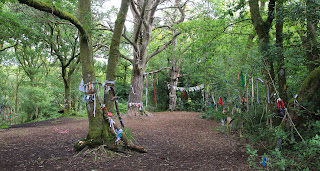 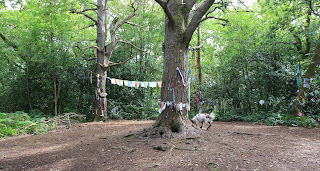 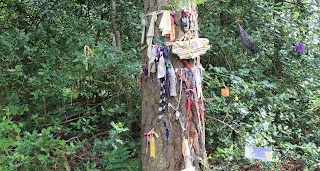 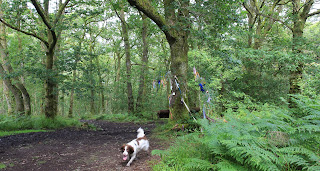 A strange tale, adding interest to the walk.