The area to the south of the Lake District had been on my list of places to see for a while and the forecast of a couple of dry days before a period of wet and windy weather was too good to miss. This is limestone country and I particularly wanted to see the pavements that can be found on many of the hills in this area. Limestone was laid down during the Carboniferous period some 350 million years ago and is a hard, rough rock.
My first hill of the trip was the lowest sub-2k Marilyn in England, Arnside Knott, which I photographed on the approach and then again the next day from Grange over Sands on the opposite side of Morecambe Bay.....

It is a family friendly hill with a car park at its foot at the end of a rough road/track and plenty of paths leading to the top. There is not really a lot to say about it; there are a lot of bushes and trees that restrict the view and the fact that it was a cloudy day didn't help. The best of the view was across the bay towards Grange. I suspect that on a clear, blue sky day, there will be a good view but today, I only took a few pictures; the path up, the trig at the summit area, and the view towards Grange..... 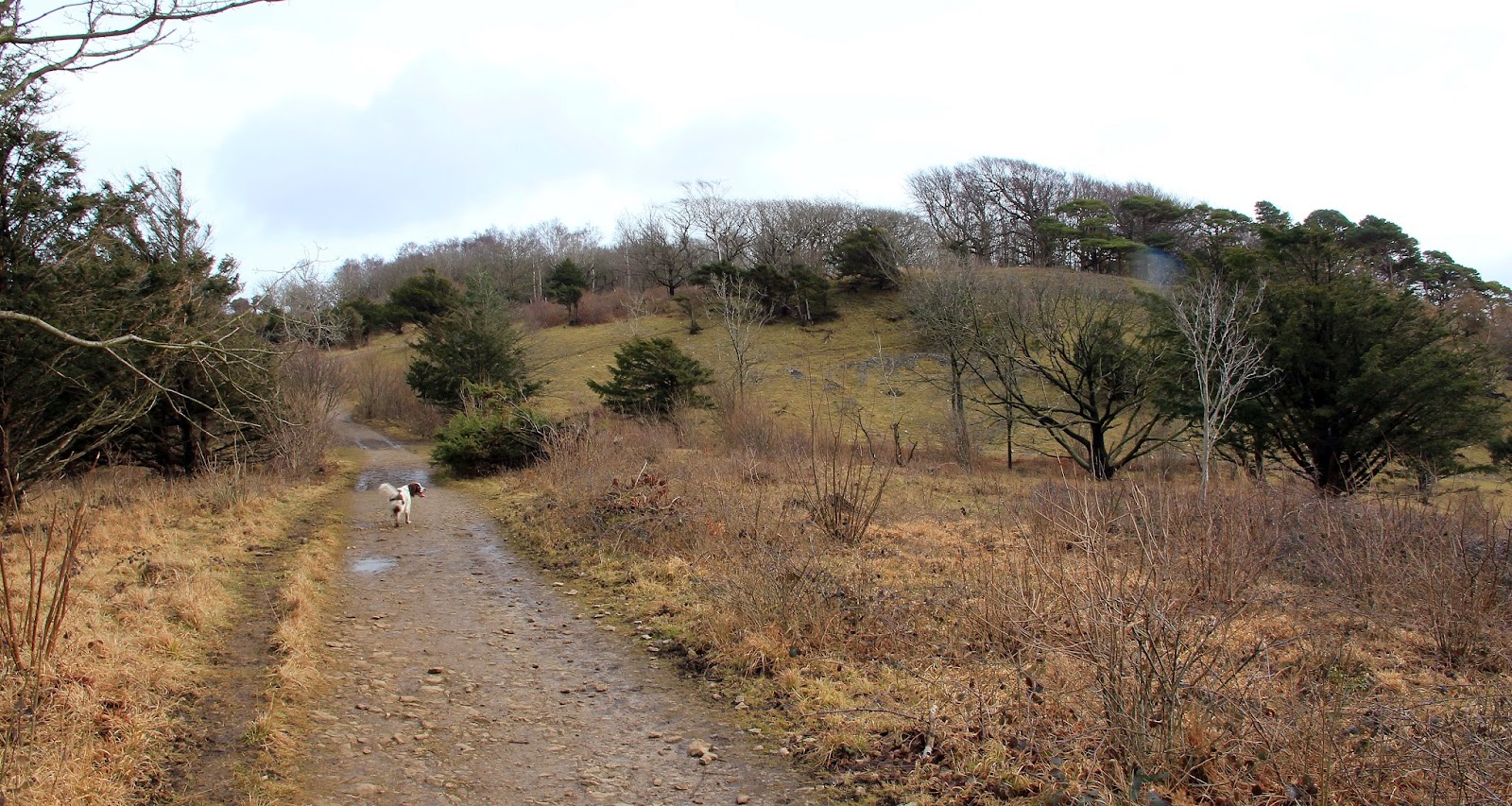 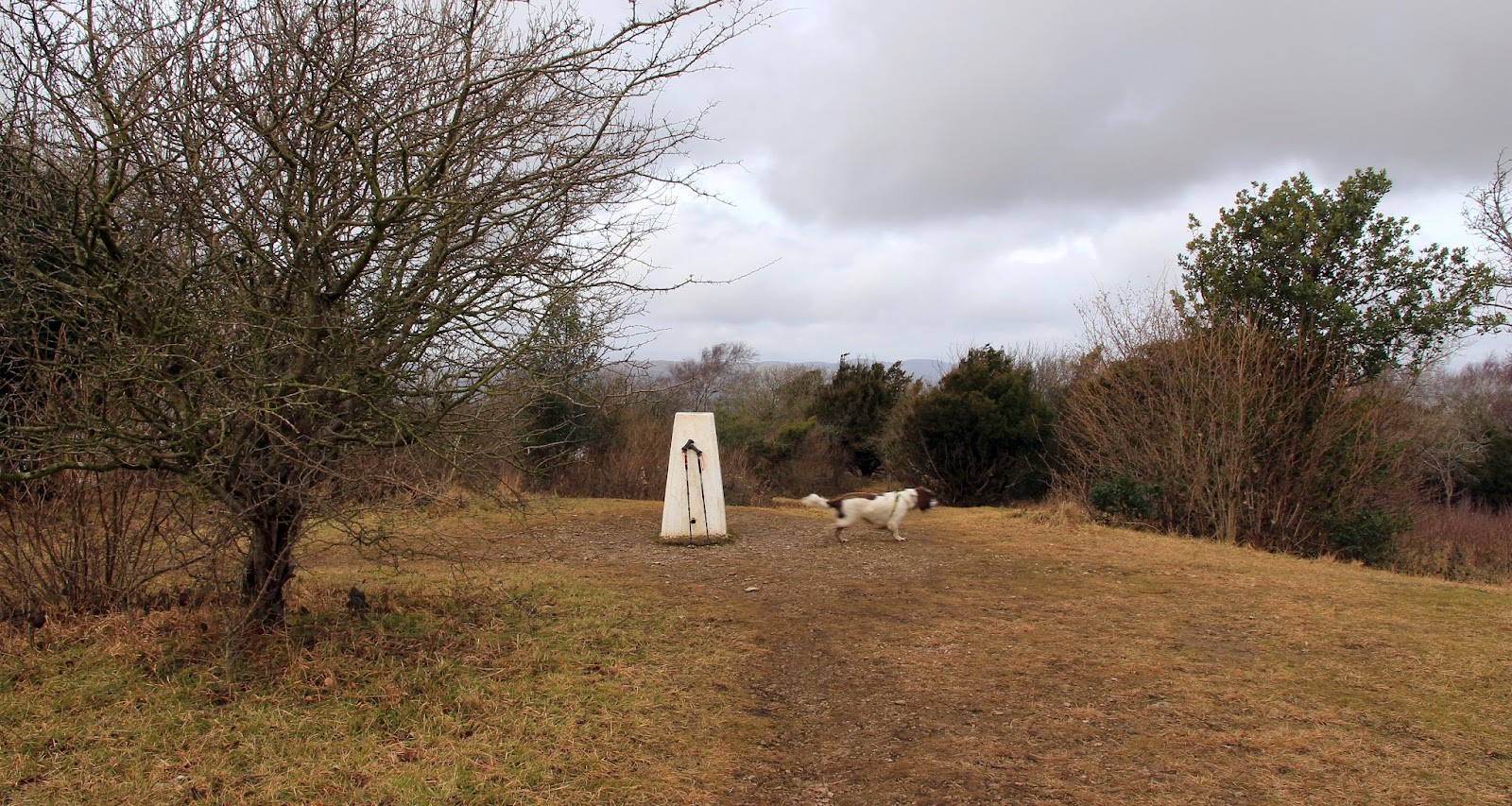 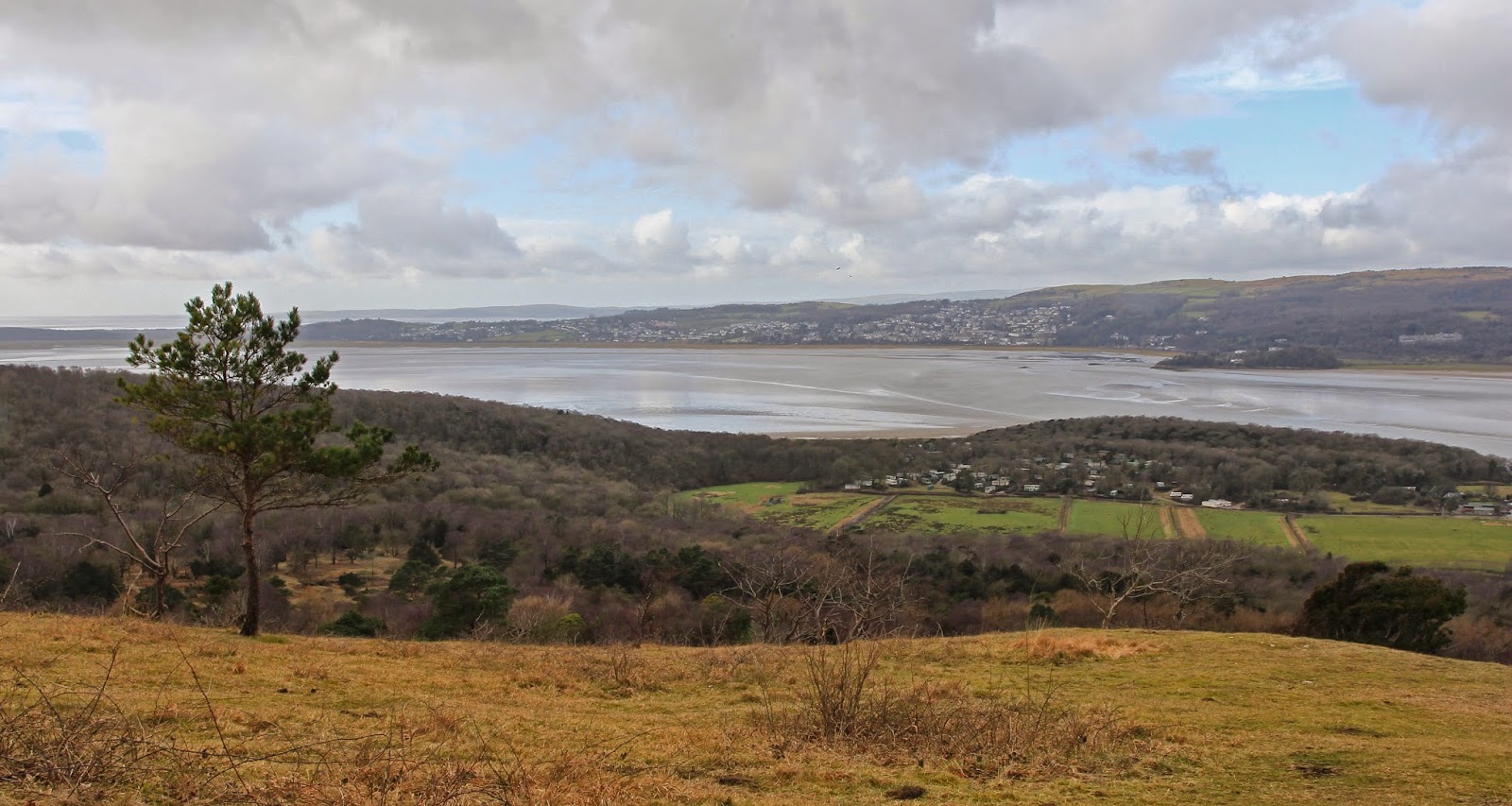 I wandered about for a bit along some of the paths but even so, I was back at the car in an hour. If you were just on a quick bagging expedition, this one could be ticked off in 20 minutes!
Posted by Neil at Wednesday, February 18, 2015